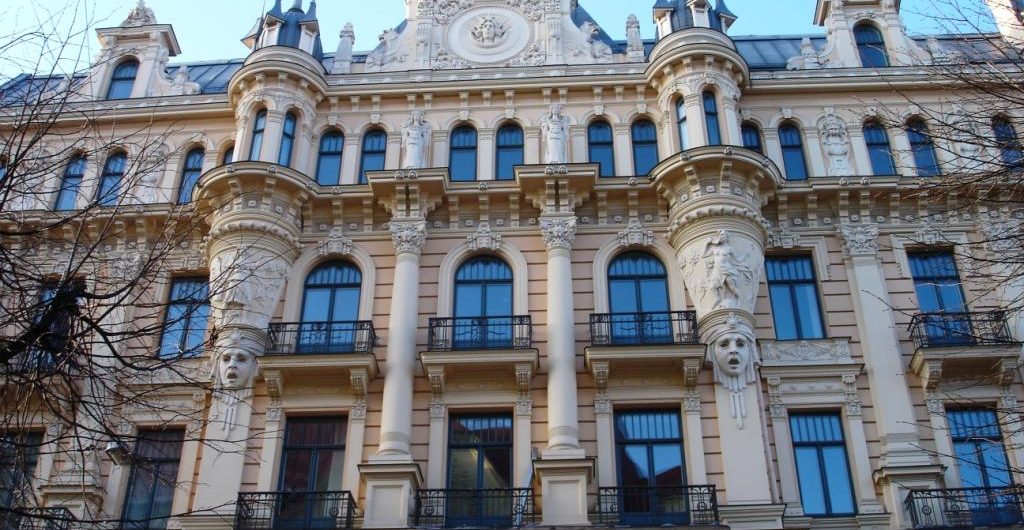 We have to admit that until researching for this article, we would have imagined that the capital of Art Nouveau would be Brussels, Barcelona or Paris; or the city of Riga never even crossed our minds.

The reason why Riga has the finest and the largest collection of Art Nouveau buildings in the world is the fact that, at the end of the 19th and beginning of the 20th centuries, when the style was at the height of its popularity, Riga experienced an unprecedented financial and demographic boom. In the period from 1857 to 1914 its population grew from 282,000 to 558,000, making it the 4th largest city in the Russian Empire and an important sea port.

Here are some quotes from our customer from New Zealand (travelled summer 2016).
Thank you, Brian!

Hill of Crosses
Our first stop in Lithuania was the Hill of Crosses. It is indeed a strange sight… hundreds of thousands of crosses have been planted by pilgrims…crosses big and small, cheap plastic, wood, and metal..some with names, photos and carved art. It started in Soviet times, but in 1993 Pope John Paul visited and 100,000 people turned up for mass. Ever since, it’s been a major pilgrimage site for Lithuanians and Christians from many countries. Oddly enough, it’s adjoined by the biggest onion paddock I’ve ever seen..running for 2 km beside the entry road, and as far as you can see in the distance. We escaped the rain again, and it was an enjoyable walk and a rather unusual place to visit.

Hill of Witches
We stopped at the Hill of Witches on The Curonian Spit; large statues of characters in Lithuanian folklore. Very nice place to walk along the trails and among the trees & statues for an hour or so.

Pigs Ear to a Beer
we had a starter that included smoked Pigs Ear. It was rather nice with the local beer…and very similar to bacon rind. Which got me to thinking, what do they do with the Pigs Ears in NZ….I guess they end up in pork sausages and our various types of mystery meat?

Road Signs
We are quite close to Belarus (only 40km or so to the border) and Poland, so plenty of cars on the road with Belarus, Polish and Russian plates. Lithuania seems to still have a mix of the EU and the Russian style of road signs in some areas and of course the place names are not in English, so I’ve had do some Googling to find out what some of the more obscure ones mean.

Entrepreneurial Pensioners
Trakai is on a 2km peninsula between 2 lakes and we visited to go to its restored Gothic castle and Museum which dates from around 1400. Very pleasant place with very nice wooden homes around the lake ( and entrepreneurial pensioners encouraging you to pay to park in their driveway instead of feeding the parking meters.

Zeppelins and Kybyns
They also have a decent version of a Dumpling/Empanada/Samosa/Cornish Pastie, which is called a Kibinai. We had to try them so went to a place called Senoji Kibinine which is in a green wooden house where folks were crammed in rather tightly scoffing these things….at €1.50 each they are a bargain and very tasty. We also tried the Lithuanian potato dumplings didzkukulai (usually called Zeppelin as that’s what they look like) They are stuffed with mince meat and topped with small cubes of fried pork fat. The potato part was a bit average, but the stuffing was very nice. You just need a long walk after eating them…plus there was confusion when we asked for 2…we got 2 each, not 2 portions of 1 Zeppelin.

Constitution
We also walked to the Uzupis part of Vilnius which is the arty area and where a group of dreamers set up their own “Republic” complete with a great constitution. Among other things it gives a dog the right to be a dog, the right of everyone to have no rights, and the right of everyone to remember their name. The Uzupis Constitution is on a street wall in numerous languages.
Its compulsory in Uzupis to smile, drive slowly, create masterpieces and be careful of the river.
All very cool…

We really liked Lithuania. It has a great blend of friendly people, architecture, forests, coast, farmland, food, relics of the Soviet era, yet is also very modern Europe. Its a great pity Lithuania isn’t on more folks travel lists. 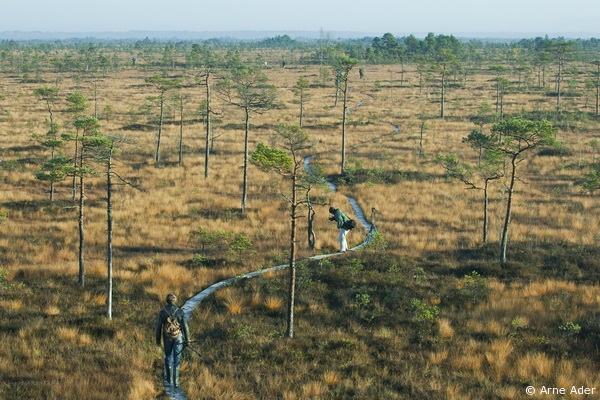 Why would Ben recommend you to visit Estonia? Now, when he’s back from the trip, he’s got a dozen of reasons.
…very few travellers ever consider adding Estonia to their itinerary, which is a shame because Estonia is truly a European gem. This unspoiled, unique and underrated Baltic country is a must visit, and here are 9 reasons why Estonia should be your next travel destination.

It offers Fresh, Clean and Organic Food,
Estonia boosts Internet Everywhere.
and the country has Untouched, Accessible, and Wild Nature.
besides, it is Mass-Tourism Free.
and is Easy to Get Around.
unlike the bordering Scandinavia, Estonia is Best Value For Your Money in Europe.
and offers you to Experience the Island Life.
and of course, Estonia is a Historical Country (medieval).
you see, Estonia Has Something For Everyone.

© Ben, a professional web designer and the man behind the scenes of Road Affair. He has been traveling around the world with his partner in crime, Jazzy, since 2012.
Full read on https://www.roadaffair.com/visit-estonia/