Hotels Are Going Under Renovation

Quarantine or any other form of a lockdown may be scary at times, and we all know tourism has been hit dramatically. People just do not travel so to say. Businesses suffer, some have to close down – airlines, hotels, travel firms, restaurants, guides.
But lockdown may also appear to be a perfect timing for investing. And rebranding.
That is what Radisson Blu Sky Hotel in Tallinn has chosen to do.
With a promise to be back in the market in Q2 2022 as Radisson Collection Hotel.

We will survive and greet our customers soon. Very soon!
We are ready!

Vilnius, Vilnius… Damn, Where Is It?

We locals may laugh at the answers, but damn who knows where Vilnius is?

Well, at least you stick to VNO when searching for a flight.

Hill of Crosses in Lithuania

Watch this short video of the Hill of Crosses in Lithuania (courtesy to the National Geographic), a unique site for pilgrims and tourists alike. “At first it seems like the perfect place to take pictures. But after a while I stopped taking pictures and just started to absorb it” as was well noticed by Christopher Muther of Boston Globe (full story of his trip to Lithuania).

Well, a 10-min video may be trying to showcase too much in one shot, but it is still interesting to watch. This may probably be one of the first tries of a guy to boast himself on youtube, but you just cannot ignore his enthusiasm. Lithuania video, #saltibarsciai 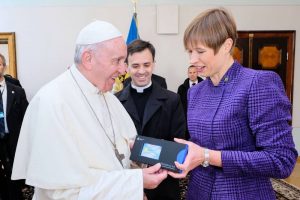 We all know Asian food is one of the most popular invasive foods wherever you travel. Not all the places are worth calling them true Asian, though.

These could be the reasons (at least in Estonia; well, at least as Ken Saburi claims they are).

Why Asian food in Estonia is still not up to scratch.

1) Greedy clueless incompetent bosses.
2) When you see “Asian” restaurants that claim to do Chinese, Indian and Thai cuisine, run as far as you can! It’s like a “European” restaurant somewhere in Asia that claims to do Italian, English and Finnish cuisine.
3) Most of these restaurants have 100 or more items on their menu. Ever wonder how their kitchens cope with it? By pre-cooking loads of meat, rice and noodles a day or two before. They will simply microwave most of them upon order. In other words, classic Gordon Ramsay’s Kitchen Nightmare practices.
4) The cooks are either lazy, fake or have their balls to the walls because of their dumb bosses, which lead them to cook pure rubbish.
5) Hard-to-get spices? That’s a myth. I lived with Indians and Pakistanis during my dorm days in Tartu and the food they cooked was as authentic as it can be. Needless to say – their food was way better than the restaurants’.
6) Customers not knowing any better. Just this summer (of 2017), I was introduced to an Indian and Thai restaurant in Tallinn. I was sceptical, but I saw that it has a 4.8/5 rating on Facebook. Letting my guard down, I decided to give it a chance. Boy oh boy, I will never return to the restaurant.
7) Every single thing is doused or marinated in, or served with ketchup sauce.
Fried rice/noodles, ketchup.
Butter chicken, ketchup.
Curry sauce, the taste of ketchup in it.
Ketchup, more ketchup.
Can’t taste any quintessential Indian spices like turmeric, cumin or masala.

originally published on estonianworld.com on 12.12.2017

“I have lived in so many different countries. But I am from Vilna, I identify myself with this city”.

Bak donated more than 60 of his paintings (with more to follow) to the Samuel Bak Museum beeing hosted by the Vilna Gaon State Jewish Museum. 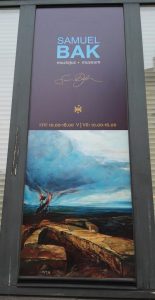 Shmuel Bak was one of the few survived after nearly 200k Lithuanian Jews were exterminated during the WW2. 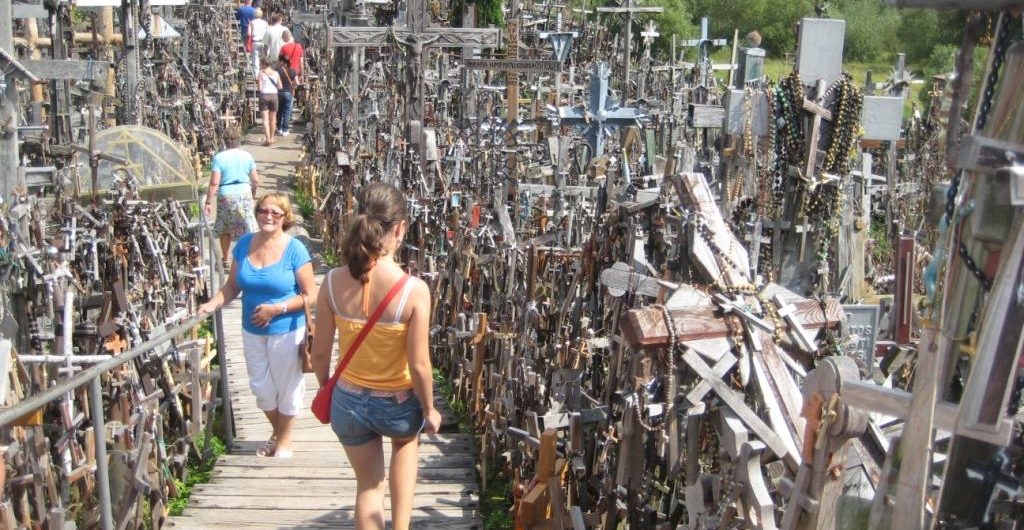 Some beautiful Lithuania photos – Trakai Castle, Hill of Crosses, cities, countryside and more. All shot by the readers of National Geographic Travel.